Marsch Has Salzburg Refreshed and Ready After Austrian League Break 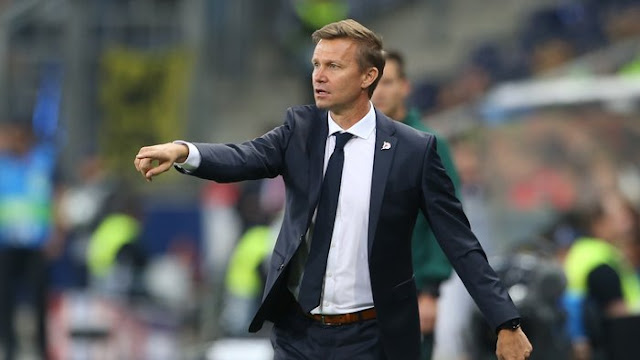 Red Bull Salzburg are back at it on Friday as they plan to host LASK when the Austrian Bundesliga returns to action. The current league leaders have gone undefeated thus far this campaign and plan to continue that trend despite losing major players during the transfer window.

"We are going to face a superb team," said Marsch. "We have a lot of respect for LASK. We are going into the match with a lot of confidence though, and we want to play our usual game again. We will put everything we have into the match."

LASK is currently in second place, two points behind Salzburg. Marsch has had to navigate through one of the more challenging seasons for his new club with player departures as well as an improvement for rivals overall. Now, despite being undefeated, Salzburg could lose the top spot in the league before the Championship round.

"It's definitely a meeting of the two best teams in Austria," said Marsch. "It's the last meeting before the points are divided. "That's not the only reason it's important though, as it's also about showing that we are ready for the next phase of the season."

The Austrian Bundesliga will halve and divide points before the start of the Championship round after 22 games. Currently all teams are at 18 games and will be split up between those who play for the title and those looking to escape relegation.

Marsch came into the season with one of the more talented rosters that Salzburg has assembled but has also had to guide some of the younger players along. Veterans like Zlatko Junuzovic have been incredibly important to help bridge the gap and continue the team's dominance in the league.

"It'll be important that we understand the match," said Junuzovic. "There will be a lot of challenges again, just like the last match, and it will be a fight for every inch. We need to be ready for that."