Nagelsmann to Bayern: "We Can Keep Up" 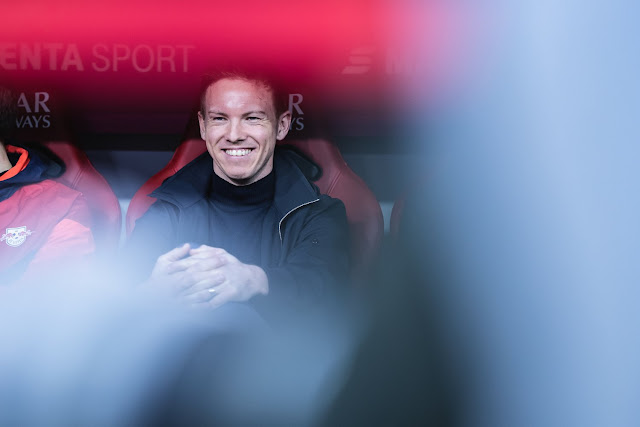 RB Leipzig manager Julian Nagelsmann felt empowered after his team's scoreless draw against Bayern Munich over the weekend and feels that his team is still very much in the hunt for the Bundesliga title. Despite dropping points in every game thus far in February, the mood around the team remains positive.

"We can keep up with Bayern if we bring our power onto the pitch," said Nagelsmann. "This was a good sign for the future. We want to finish in the top four and the point today was an important one in the hunt for that."

Currently Leipzig are sitting just one point behind Bayern Munich and are still very much in the chase for the Bundesliga championship. The window for winning with this talented group is closing with rumors of Timo Werner moving on to Liverpool over the summer as well as several other players departing.

Still, Leipzig has shown that they are able to create new stars. Christopher Nkunku has emerged as a fantastic talent and Dani Olmo has taken the Bundesliga by storm in the midfield. The real question is whether or not Red Bull can get the team over the hump and lift a trophy before the rest of Europe grabs up their best players.

"We were confident," said Nagelsmann. "Timo Werner's chance wasn't that easy as the ball popped up and he was running at full pace. Timo is obviously capable of scoring goals like that though and I'm sure he will do so in the coming games."

Leipzig's journey won't get any easier. They have already played both games against Munich, putting the title chase in the hands of their new rivals. The East German club will need to continue to pressure Munich into producing results while also managing a treacherous Champions League fixture against Tottenham Hotspur.