Werner Leaning Towards Liverpool Despite Barca and United Interest 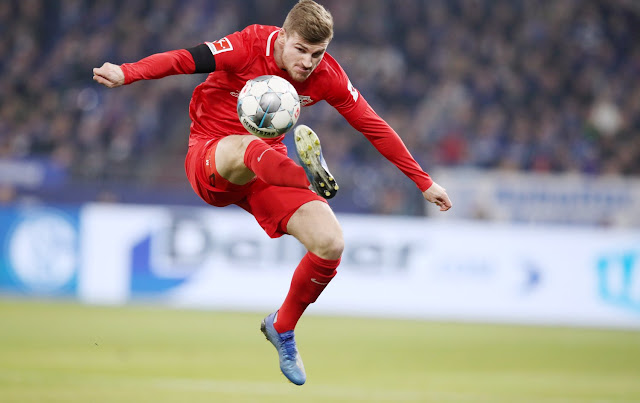 RB Leipzig striker Timo Werner is one of the hottest talents in the world with multiple teams vying for his abilities but the young German player is waiting on one particular team, Liverpool.

The report from The Athletic claims that Werner has already received proposals from both Barcelona and Manchester United. Those teams in particular are in the hunt for a new striker given recent form and could bolster their chances of catching a team like Liverpool on the European stage. Despite the chance at being a top player for one of those teams, Werner has decided that he wants to hear what Jurgen Klopp and Liverpool have to offer.

What makes the situation even more immediate is that Werner's contract has a release clause of 50.5 million pounds which expires at the end of April. After that point, Leipzig return to the negotiating table and will certainly look to raise the price tag. However, it isn't expected to get to that point with Werner more than likely to pick his next destination soon.

The biggest difference between playing at Liverpool or one of the other teams is that he isn't guaranteed a starting spot with the reigning Champions League winners. He will have to fight for his minutes where as both Barcelona and Manchester United are in desperate need of striking options that would slot him into position right away.

The option to stay at Leipzig appears to be disappearing by the day. Leipzig are just one point back of Bayern Munich and understand that they will need Werner to accomplished the task of dethroning the Bavarian giants. Settling his move quickly is optimal way to ensuring that.