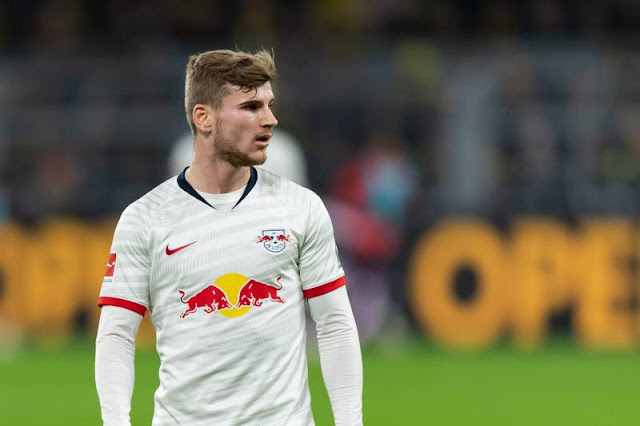 The services of RB Leipzig striker Timo Werner have been highly sought after by English clubs but now there appears to be a hard deadline of the end of April to get the deal done. The report from the German publication BILD indicates that Werner's release clause, which is quite lower than his actual value, will expire in the spring, forcing the hand of interested clubs.

Currently two teams appear to be leading the way for Werner, Liverpool and Chelsea. The move would significantly boost the efforts of both clubs to either remain atop the league or push them to the next level. Werner has become a proven commodity in the Bundesliga having scored 25 goals in 29 games across all competitions.

Interest reached it's zenith this past off-season when Werner nearly joined German rivals Bayern Munich. The arrival of manager Julian Nagelsmann was able to convince the young striker to stay but a very generous release clause was added in case the player wanted to leave sooner. Now, the time has come for teams to act on that clause.

Should he join Liverpool, Werner would join a team that is currently on course to have the greatest season in EPL history. His addition makes them even better and potentially guarantees their ability to continue to compete for the top prizes in European competition. Chelsea would be more of a work in progress. He could join a strong group of young players like Christian Pulisic in an attempt to reinvigorate the London giants.