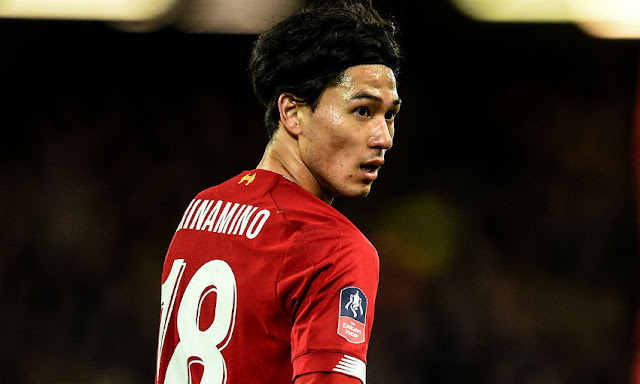 A revealing interview with Jesse Marsch on ESPN revealed that the New York Red Bulls were interested in bringing in recent Liverpool signing Takumi Minamino. The 25-year-old Japanese winger has dazzled under Marsch in Red Bull Salzburg but could have been doing the same in New York.

"We were following him in New York," revealed Marsch when speaking with Taylor Twellman. "We liked him a lot and thought that there would be potential for him to come to New York and play for MLS. He was still young, he didn't always play under the other coaches that he had played for here."

This revelation shows the synergy between the teams which has seen movement in the past towards MLS but never a top talent such as Minamino. Previous signings from Salzburg included Fredrik Gulbrandsen and and Marc Rzatkowski. Both were very good players but neither peaked while playing in New York.

For Minamino, staying in Salzburg worked out well. Under Marco Rose last season he made 27 league appearances and scored six goals. He was also a major contributor in the UEFA Europa League where the team was eliminated by Napoli in the round of 16. Under Jesse Marsch, Minamino continued to thrive, catching the eye of Liverpool manager Jurgen Klopp. The transfer was made in January and the Japanese star now plays for the potential English Premier League champions.

"When I came I knew he was going to be a big part of what we were about," said Marsch. "He's very clever. He's not pure explosive but he understands football. He understands how to make final plays. He understands tactics."

It is another case of what could have been in New York as they continue to hover over great players in Europe that manage to slip through their fingers.