Upamecano: Interest from both Manchester City and United 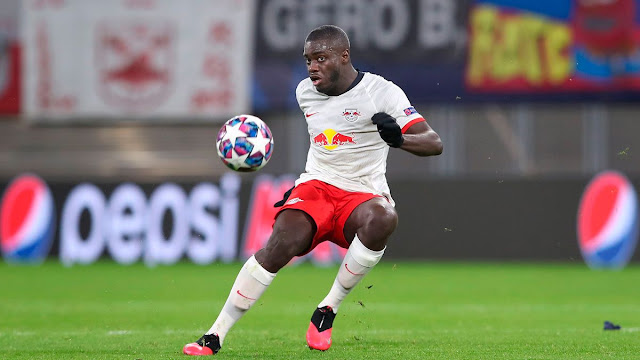 Dayot Upamecano has made himself an elite defender in the Bundesliga with RB Leipzig and has drawn the attention of two of the top teams in England, Manchester City and Manchester United. The 21-year-old French center back has been an invaluable piece of Julian Nagelsmann's team and a reason why they are challenging for the top of the Bundesliga.

The news comes as Manchester City are desperate to replace the work of Vincent Kompany. The Belgian defender was a leader on and off the field for the club and his presence has been missed since leaving at the end of the 2019 campaign. City sit in second place but have had lapses defensively that they believe Upamecano can correct in the coming years.

For Manchester United, the same reasoning applies. Ole Gunnar Solskjaer has done his best taking the Red Devils without a massive overhaul. Harry McGuire proved to be a solid pickup on defense, becoming captain of the club in less than a year, but he is still looking for a center back partner. Upamecano has the resume to perform on that level.

Upamecano has played 76 games for RB Leipzig and helped guide the team to a DFB Pokal final against Bayern Munich last year. Despite the interest, Leipzig won't be pressured to sell. Sky Sports Germany reports that they are not a team that is struggling for funds during the crisis and will demand a high price for the player.