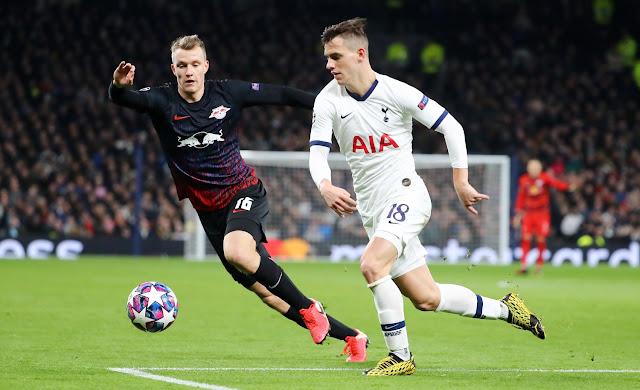 (photo from RB Leipzig)
RB Leipzig have more good news on top of returning to the field this weekend with an extension of defender Lukas Klostermann's contract. The 23-year old German international has becoming a target for major teams in England but has decided to stay, at least temporarily, with the team that helped showcase his ability.
"I know have clarity about my future," said Klostermann about the deal. "I have been here in Leipzig for years and I have developed a lot here, personally and as a player. I look back on a successful journey so far with the club. There is so much potential for more success in the future and I want to be a part of it."
Klostermann has been one of the long-term success stories of Leipzig as he was with the team since their time in 2.Bundesliga. With his help, they gained promotion and have become a dynamic force, disrupting the usual giants such as Borussia Dortmund and Bayern Munich. This season appears to be their best chance at topping the Bundesliga as they sit just five points from the top of the table.
"Defensively he is very versatile," said Sporting Director Markus Krosche. "Lukas is very important to us and we're convinced that his importance to us and the team will continue to grow."
Leipzig begin play again after the pandemic stoppage on Saturday against Freiburg.