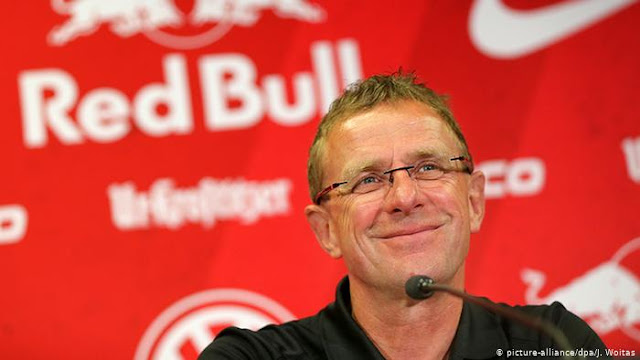 Architect of RB Leipzig Ralf Rangnick has confirmed that he is ironing out the details on a move to AC Milan that will see him take over the failing giant. Rangnick has spent the last decade constructing one of the youngest and brightest teams in world football as Leipzig ascended from the lower divisions of German football to the Bundesliga.
"Milan asked me for my availability," said Rangnick to MilanNews. "I informed Red Bull and there were talks with my agent. Then came the coronavirus and more important issues arose."
Indicators from those close to the situation have pointed out that he will most likely take control of the team as a manager next season. Milan has seen a stark decline over the last decade, going from one of the hottest landing spots for prime players to a team that has failed to qualify for the Champions League over the past several years. Ownership issues and poor signings have not helped but recent moves have shown that they are heading in the right direction.
Rangnick is no stranger to projects. He began his work with Red Bull as the Salzburg Sporting Director in 2012. While there he helped to bring young and dynamic talent into the club, setting them up as a feeder system for the ultimate goal of success in Germany with Leipzig. As the German club climbed the ranks, Rangnick stepped in to take over as manager in Germany to push for promotion from the 2.Bundesliga. He was successful in his first attempt, finishing second before passing off the manager duties and returning to his Sporting Director role.
Milan presents a unique situation since the profile of the club will not allow for too many mistakes. Milan fans and critics have been looking for positive movement for quite some time but it has been slower than some would like. Rangnick will need to be given time to put his style in place and the pressures of success in Serie A may not provide that luxury.