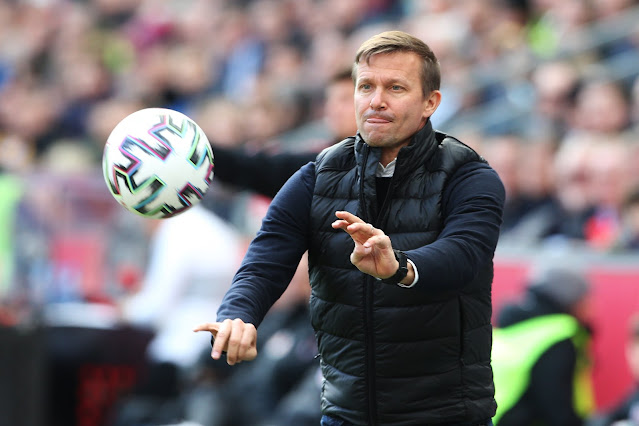 (photo from Red Bull Salzburg)
Red Bull Salzburg is preparing to return to play on May 29th against Cinderella-team SC Austria Lustenau in the Austrian Cup Final. The team has been inactive since the COVID 19 lockdown and are also prepared to resume league play in early June.
Winning the Austrian Cup would be quite the accomplishment for first-year European manager Jesse Marsch. The team has had several big players depart over the last year, including Takumi Minamino and Erling Haaland. The team has been cup winners in five of the last six years and could repeat with a win over the second division club.
"It's great that we finally be back," said midfielder Zlatko Junuzovic. "We had to wait a long time for the resumption and we are pleased that we will be able to return to full training soon. We will give our best to observe all the precautions and act accordingly."
The league itself has also been a challenge. Currently in the Championship round, LASK has a three point lead over Salzburg who is looking for qualification to the final playoff round of the UEFA Champions League by finishing in first.